A PLACE for the ARTS Gallery

From August 31st till September 25th

A PLACE for the ARTS
​presents

A group exhibition by the members of Buckhorn Artists' Group
Diane Collins, Sue Flanagan, Norma MacEachern,
​JoAnne Connell Northey, Susan Sydney, Emil Varga
​The Buckhorn Artists’ Group History
The Buckhorn Tuesday Painters was formed in 1985, when sixteen like-minded artists lost the studio space they had been renting and decided to meet together and paint in St. Matthew's Church Hall in Buckhorn, Ontario. Since then, the group has evolved and expanded from the original members and has had as many as twenty-four, but since Covid, the group has shrunk to eight members.

In 1988 some of the members who wished to exhibit and sell their art formed the Buckhorn Artists’ Group. This Group held its first show and sale on Victoria Day Weekend, it was called "Among Friends" in 1989. After having a successful show, they decided to hold a Thanksgiving show and sale, called “Giving Thanks”. The following year in 1990 the Group members decided to hold a show in August for the first time, which would be called “Shades of Summer”.

The three shows were successful and the following year the Group was unable to have the church in August. So, the Group made arrangements with the church to hold a ten day show in August each year starting in 1992.

It was in that year, the Group decided to drop the Thanksgiving show as many wanted of the members wanted to spend that weekend with their families at home instead and continue with the long Summer Show.

The two shows continued to be held annually until 2014 when the Group decided after 26 years, not to hold the Among Friends Show and just have the August Show.

This year the Group will hold their 30th Annual Art Show on 12-14 August, in the St. Matthew's Church Hall in Buckhorn, Ontario where visitors can view the works of seven of the members.

The Group will also be having their second art exhibit at A Place for the Arts in Bancroft, Ontario from 31 August through to 25 September, with six of their members exhibiting.
Questions? Email the Group for Answers

JoAnne Connell Northey has enjoyed painting in watercolour for a number of years. Each painting is an original, done from sketches on location or from photographs she has taken. She has her own art studio and pottery studio and each piece of pottery is hand done on the wheel, and unique. 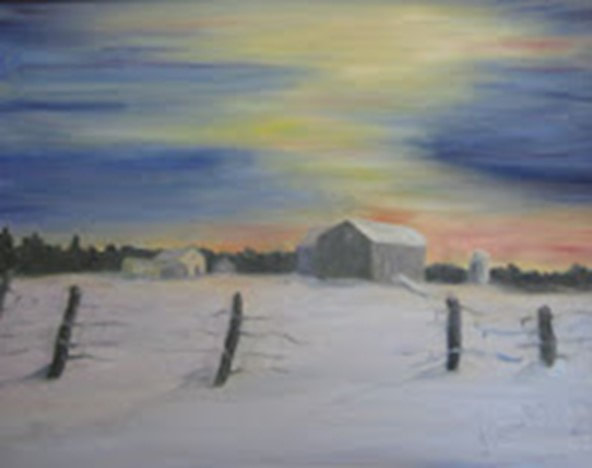 ​APFTA is a contributing Member Group of